An important chapter in the narrative of my personal faith journey has been the influence of classical Christian apologetics on my life. What I mean by “classic Christian apologetics” or what I’ll just call apologetics is the systematic intellectual defense of the Christian worldview. Which practically comes down to Arguing Against Atheists (and other worldviews… I’m a pastor, alliterations are a requirement). Encompassed in the field of apologetics are a wide variety of intellectual disciplines- systematic theology, biblical theology, philosophy, science (particularly biological and cosmological), and rhetoric. Now, my personality has always been very investigative, and I tend to want concrete answers to everything, as much as possible. 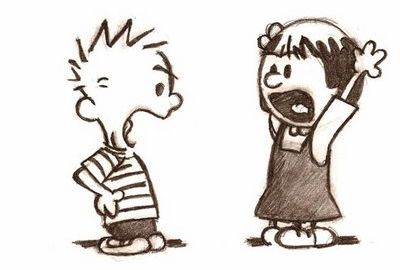 In coming to faith, I had some intellectual concerns with Christianity. I had an incredibly wild experiential encounter with the Holy Spirit where I spoke of things I’ve never heard of before. Sort of like a huge experience of deja vus. Though, I knew that my brain could have merely been playing some trick on me- I could have been having some psychological phenomenon happening to me that some scientist in a lab coat could have explained away. So that set off the alarm to go do some research. And research I did.

This relationship with apologetics has continued, even until now (for the most part). For my senior project, a state requirement for all public high school seniors, I taught a class on apologetics to my youth group peers. I even ran a college small group last year entitled Apologia, where a group of students gathered to reason through issues faced by Christians.

Lately, though, I’ve begun to wonder just how effective apologetics is. This isn’t to say that it is a useless field… no, it definitely helped me provide a logical framework for my new faith. But I wonder if while we logically oriented Christians are arguing away with atheists, we are subverting our own worldview. How often do we forsake loving and respecting our “opponents” for the sake of being right? 1 Corinthians 13:2 says essentially that all the smooth talking, brilliantly worded arguments (prophecies) in the world cannot get you anywhere if you don’t have love. I’m not saying that disagreement (argument) necessitates being unloving- hardly. What I’m suggesting is that perhaps in our efforts to bolster our faith we’ve forgotten that the best apologetic is a life well lived (1 Peter 3:15). I think an excellent work for every Christian who is interested in apologetics is a book called “Humble Apologetics” by John Stackhouse. My ever so wise pastor, Kevin, required me to read it before teaching my sunday school course on apologetics. If you’re going to do apologetics, do it with a sincere and humble heart, quick to forgive, slow to speak, and slow to anger.

I just wonder how much apologetics is still relevant. For a small percentage of western culture, apologetics may be relevant and valuable, but I really wonder if all apologetics is doing is sidetracking people from the truer reality. I can’t tell you how many people I’ve known who are more content to sit locked up in their house behind a computer arguing with people on teh interwebz then actually engaging with needs in their world. Yes, Christianity has logical grounding, and yes that may be what some people need. But far more people need to know that even though you have “answers” you aren’t too blind to see that they want someone to sojourn with them through the doubts, fears, and struggles they are experiencing in this scary world.

At this point, I don’t really have answers and I sort of waffle on the utility of classical apologetics anymore. I know they were valuable for me during my faith journey and for that alone I’m willing to consider that we still need people to hammer out “reasons” to believe. But I’m still uncertain whether or not the apologetic culture is really advancing the Kingdom of God.

I also wonder whether apologetics is the product of a sort of culture war mentality. The type where Christians have to go to battle with every other belief system to assert our intellectual superiority. The kind where we blatantly ignore scientific data simply to maintain our box that we keep God in. The kind where Christians create some dichotomy between faith and science- like we can’t believe in both evolution and Christianity (I have some students who are so staunch about evolution not having ever existed that I think it really puts off some youth who are not Christian… this isn’t to say evolution is necessarily correct, rather that the matter of factly assertion that it’s not “true” is just as incorrect as the matter of factly assertion that it is “true”). Aren’t we really just taking up our sword of intellect to attempt to slaughter our intellectual enemies, often to the neglect of people and their very real concerns and doubts?

I just wonder if we’re too busy arguing while the world is burning.

What do you think? Is apologetics valuable as a whole? Is it helpful in certain circumstances? Can we carefully and considerately propose our Christian worldview while still maintaining a loving attitude? I’d love to hear your thoughts below.